Braille script: a gateway to the world 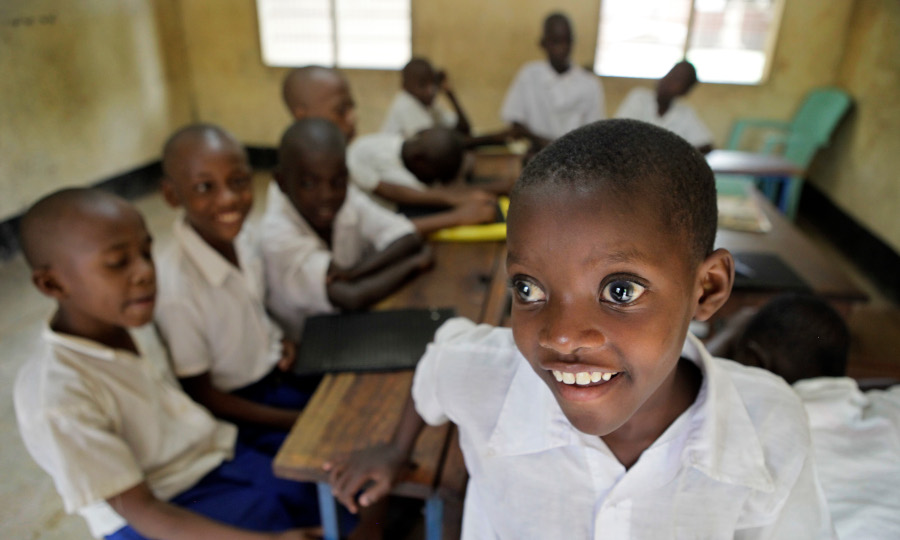 11 Sep Braille script: a gateway to the world

Posted at 12:10h in Education, Testimonials by Mathieu Fraikin

2012: Agnes is blind and goes to school with sighted peers.

Kilosa, Tanzania – Agnes is 9 years old and a very timid girl. She’s blind from laucoma. Increased pressure in both eyes has damaged her optic nerves, causing her field of vision to disappear completely.

Agnes attends the Mazinyungu school in Kilosa, in the province of Morogoro.  It is a ‘regular’ school with about four hundred sighted pupils. There is also a boarding department where about 70 blind and partially sighted children stay during the school year. During the first two years of school, children with visual problems attend classes in small groups to master some specific skills. Specialized teachers teach them to read and write Braille, as well as “mobility and orientation”, including the use of a white stick to get to know the school environment well, … They also get familiarised with a series of daily activities, such as washing their clothes, so that they can later on live an autonomous life.

Learning how to write with a stylus

After those two preparatory years, all groups merge and the blind and partially sighted students attend lessons with their sighted peers. Agnes is now in her second year of preparation. To alphabetize children like Agnes who are completely blind, Braille is the only means of mastering script. Braille is a relief alphabet: a system of dots through which letters, numbers and symbols can be read with the fingers. In many developing countries such as Tanzania, students still learn to write Braille by poking the dots in the paper using a slate and a stylus.

One of Agnes’ teachers is very proud of the girl: “She learns very quickly and gets good marks. Learning Braille takes a lot of practice. Recognizing letters is not that difficult, but reading entire words requires a lot of effort in the beginning. How smoothly this goes also depends on the sensitivity of the fingertips. Agnes is doing very well and making great progress. You can also see that she clearly enjoys school life. ”

Braille script has opened a whole new world for the girl. She now has the competence to acquire, process and use information in a targeted manner. Literacy is the key to personal development, good education, employment, integration and participation in society. 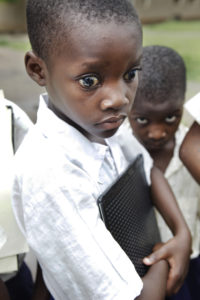 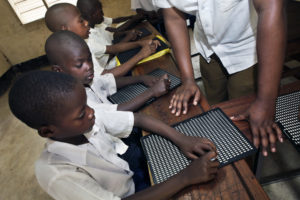 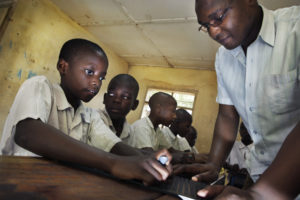 Photo: Dieter Telemans. Agnes learns to write in Braille on her slate: from right to left, by “pricking” the paper with a stylus. Then, she needs to flip the page in order to read the dots with her fingertips. 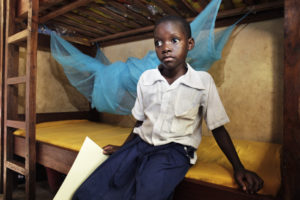 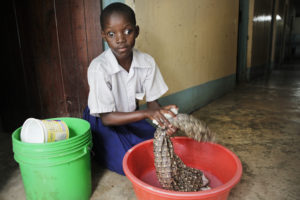 Agnes at the boarding school, in the room she shares with three other pupils with visual impairment. She shows us that she is perfectly able to wash her clothes herself.

Kilosa, Tanzania – Agnes is now 14 years old and in the seventh and final year of primary school. The girl blossoms completely. She talks to her friends for hours. Some are blind like herself, others see perfectly. Meanwhile she has been given responsibilities in the boarding school: “I take care of four little girls. I help them get dressed, take care of them and mother them a bit so that they feel at home here. I still remember how difficult it was for me at school in the first weeks. ” 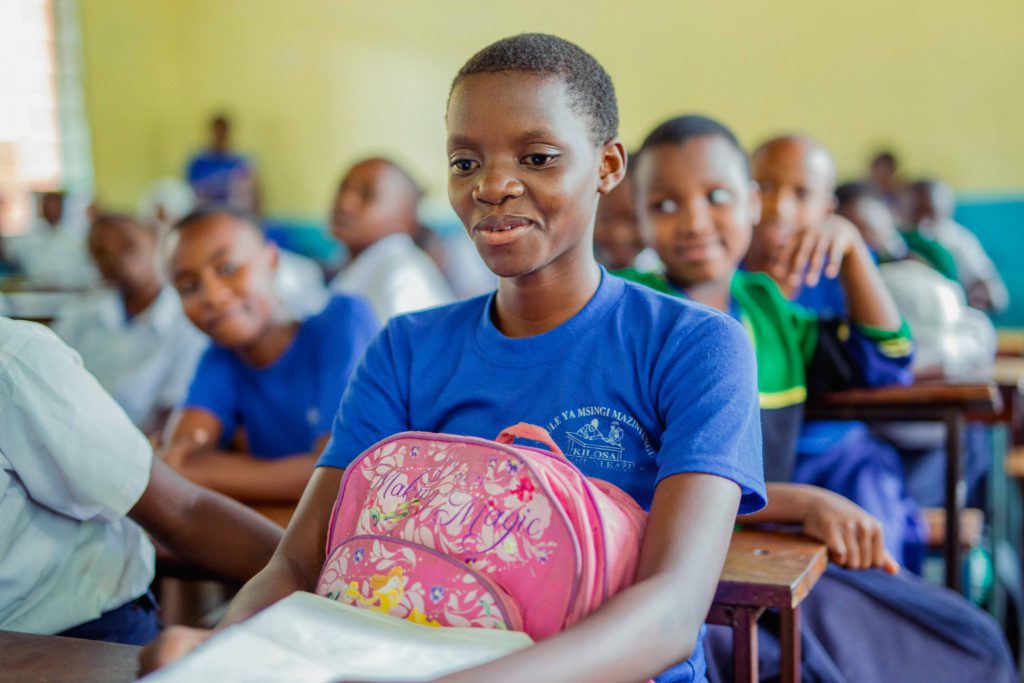 The teen still likes to go to class. English, Geography and Swahili are her favorite subjects. . “Later I would like to become a teacher for students who, like me, have problems with their eyes,” she says with conviction.

Agnes is an exceptionally good student at Mazinyungu school but she has also developed interests outside of class: “I really like to sing and we often do that together in the evening with the friends from the boarding school. We also dance a lot together. ” In addition, the girl is also a talented goalball player. Goalball is a ball game developed for people with a visual impairment. Light for the World installed a goalball field in the Mazinyungu school in 2016 that is clearly in use frequently. The school has some star players, including Agnes, who have already beaten several other teams. 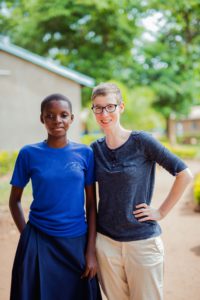 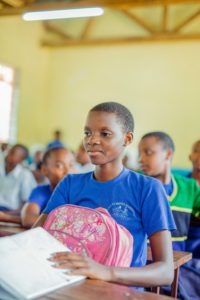 Photos: Raymond Kasoga.
Lien, employee of Light for the World and Agnes have known each other since 2012.
“Agnes has grown from a scared little girl to a young confident teenager. She clearly knows what she wants in the future. Wonderful to see that evolution. ”

2020: Agnes passed the national exams with flying colors and will start secondary education in the Lugalo secondary school, in the Iringa region, in January. Good luck Agnes!

Do you want to help more children like Agnes go back to school? Make a donation. 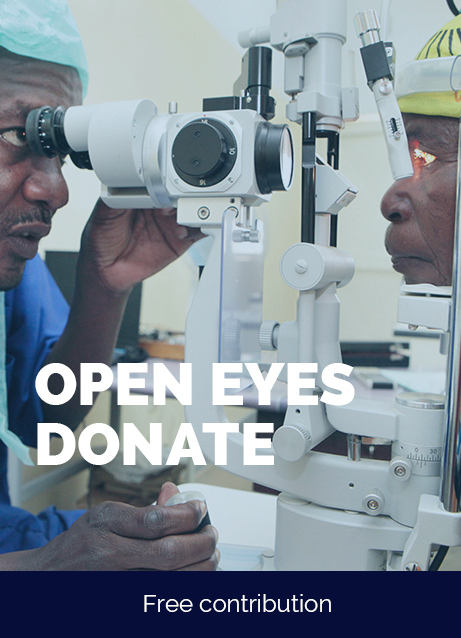