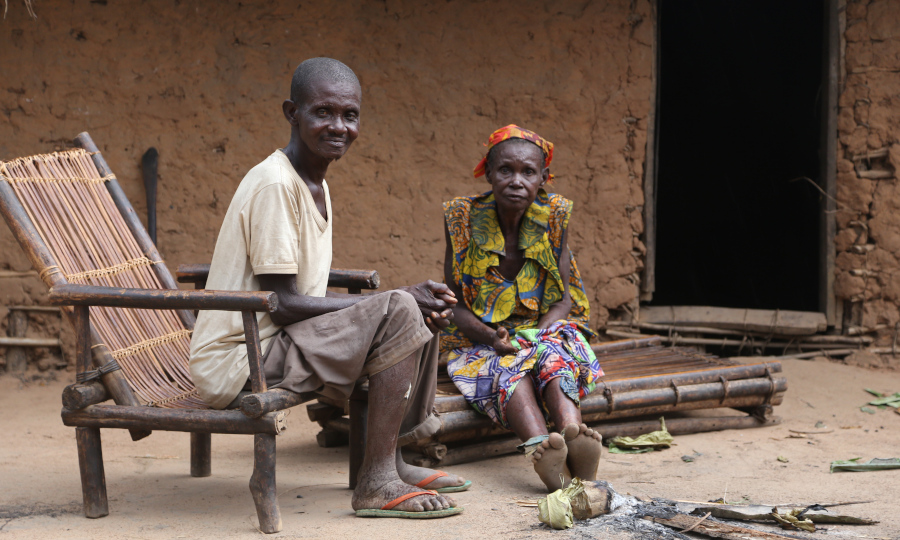 Posted at 14:05h in Eye care, Testimonials by Mathieu Fraikin

Papa Maurice is 74 years old, lives in a remote village in the middle of the Congolese bush and is completely blind. There is no access to eye care in this region. The local dispensary only has some eye ointment that is of no use to Maurice, as he suffers from cataract. The nearest hospital in Bena Dibel is a three day walk, but there is no eye care there either. Fortunately, doctor Richard Hardi’s team is just undertaking a field mission to this hospital.

Nicknamed “Doctor Miracle” by the locals, Dr Hardi is one of the only ophthalmologists in the region. Light for the World has been supporting his clinic in Mbuji-Mayi since 2009. Several times a year, he and his team go on missions to remote villages to treat the poorest populations. It is always an adventure. The team drives for hours on bumpy roads that are in very bad condition. In addition, all necessary medical equipment and essential medicines must also be taken on the jeep. 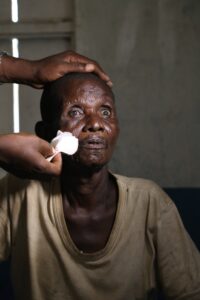 “Doctor, I can see you!” A new life begins for Papa Maurice.

Once on site, the team will set up an improvised operating theater and a consultation room. The community workers take a boat up the Sankuru River to track down blind and partially sighted people in the remote villages to identify blind and visually impaired people that need care.

When the team reaches Papa Maurice’s village, he is waiting for them. It is the older man’s only chance of treatment. He therefore joins the growing group of patients. Together they sail back to the hospital where doctor Richard is already consulting.

The next morning the doctor examines the new patients. In the case of Maurice he talks about a “beautiful cataract”. This means that he can easily replace the cloudy lens with an artificial one. Although Papa Maurice has been blind for years, a simple operation of barely 20 minutes is enough to make him recover his sight.

The day after the operation, the nerves are tense. The ophthalmologist removes his eye patch. The patient exclaims euphorically: “Doctor, I see you!” A new life begins for Papa Maurice. No more living in darkness and the endless long days he spent sitting in front of his cabin. He can work in the field again. This is quite a relief for Maurice and his wife.

Many patients are still waiting for cataract surgery in the large city of Mbuji-Mayi as well as the remote villages in the region. With 52 euros you not only donate a sight-saving cataract operation, but also a new life for people like Maurice and his wife. Make a donation. 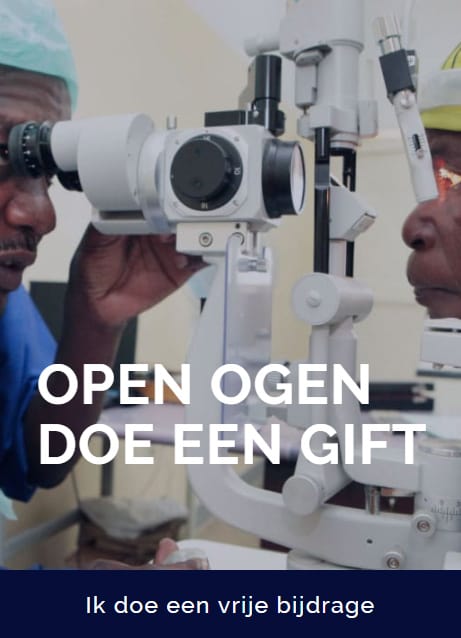